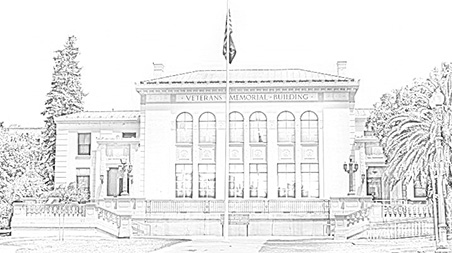 For nearly 40 years the Veterans Memorial Building in Oakland has been a center for all types of dance - Salsa, Swing, Tango, and more. Every week more than a dozen dance groups use one or more of the five classical rooms ranging in size from a 750 square foot, lounge to the 5,000 square foot Main Ballroom. In addition to creating an interactive building map of the entire facility, AIAMIBQ created several custom furniture layouts for each room allowing prospects to see how each room would look when setup for different types of events including theater, banquet and, of course, dance.

View their story and floor plans  →

"We've been working with Aiambiq since early 2017. They created a beautiful rendering of our space complete with 360 views inside each room. This has been an invaluable tool for us to promote our theaters and restaurant to partners and potential renters. Plus their staff is a joy to work with. Highly recommended!" - Duncan Wold, Operation Director at PianoFight

Situated in two turn of the century buildings, the Marin Headlands Hostel offers visitors the unique experience of staying in an historic army base. Fort Barry, built in 1908 served as a army base for coastal defense. The three story main building was originally a hospital and the Annex served as the elegant officer's quarters. Because of the Hostel's idyllic setting, including a large grassy parade ground, Aiamibiq mapped the immediate vicinity around the hostel in addition to both buildings.

Every year about 80 groups, ranging in size from 8-100 will rent out the facility. The interactive plans provide a useful marketing tool to win bookings and an orientation tool before they arrive to ensure an enjoyable stay.

Oakland's FM Smith Recreation Center and park are named after local icon Francis Marion Smith, who made a fortune mining borax in the deserts of Nevada. He then settled in Oakland and built a real estate and transportation empire. The Recreation Center was built on land donated by the Smith family. When it opened in 1969 the park featured a miniature old west mining town play with a mule team pulling a wagon of Borax. The town is now gone but mules graze the western end of the park.

The FM Smith Recreation Center is active throughout the year with after school programs, summer camps and services for people with disabilities. It also hosts public and private events including: meetings, weddings, and even ping-pong tournaments.

Located in the historic Howden Building, one of the most beautiful buildings in Oakland, Spice Monkey has three event spaces that can accommodate between 40 and 80 guests. The owner, Kanitha Matoury, has meticulously restored the interior to expose much of the original tilework and fixtures which had been covered up by remodeling work over the years. Built in 1925 by Robert Howden, a local tile merchant, facades and interiors are richly decorated in ornate tiles.

In additional to mapping these spaces, Aiambiq also created a custom layout and 360 degree photos for Comedy Oakland which hosts shows three times a week in the Community Loft.

With weddings and social events every week, Lake Merritt United Methodist Church of Oakland grows its service to the community by opening its doors to more people. Working with Aiambiq helped the church decrease event booking times, while making planning easier for event coordinators.

"Thank you for the maps and 360 photos and we are still in awe of the awesome work you have done." Angie Carmignani, Executive Director, Taylor Family Foundation.

Spaces at Levi's Plaza in San Francisco offers private offices, flexible workspaces and meeting rooms. Levi's plaza is a large complex of buildings, plazas and parks. While this creates a tranquil oasis in the city, it is also easy to get lost. Aiambiq's interactive maps gives visitors clear directions so they know exactly what to expect and where to go. The maps also help visitors find the correct conference rooms when they arrive.

Connect with us to discuss
creating interactive floor plans: