The buzz around virtual and augmented reality may lead you to think that it’s either just for games or that it’s a passing fad for enthusiasts and companies with big budgets.  But even small venues can take advantage of virtual and augmented reality tools to enhance events. In fact there are some practical applications that increase engagement and enjoyment of events.

What's the Difference Between Virtual and Augmented Reality?

First, virtual reality and augmented reality are not the same. Virtual reality (VR) experiences immerse you in a world that is completely computer generated and separate from the world around you. You access these experiences with a head mounted display, referred to as an HMD or virtual reality goggles, allowing you to feel transported to a different place, rendered in 3D. Similarly, when viewing with an HMD, 360 degree photos and videos, surround you, so that you you see an image view above, below and to the sides.

With augmented reality (AR), computer-generated avatars, objects or text overlay the real world. AR overlays of information seem to float in the air in front of your field of view. They can point out a direction, describe a landmark or show details about an object.

Whether you’re using AR or VR, you’ll need head-mounted display. Examples include the popular Oculus Rift, Gear VR or Google Cardboard for VR. Microsoft created the Windows Mixed Reality headset and there’s the Samsung Odyssey offering both AR and VR options. For high-quality, AR-only devices, there’s the Hololens or Magic Leap. However,  some augmented reality experiences can also be accessed simply by holding up a phone. Think of the Pokemon Go game or Apple’s ARKit.

Opportunities to Use AR or VR for Events


Overlay directions onto the real-world
With arrows that overlay corridors or text alongside landmarks, augmented reality can give attendees directions to places within your venue, such as particular rooms for their sessions or supplier booths.  Apple’s ARKit comes in handy for creating these types of apps.

Why it’s useful: Attendees will have an easier time finding sessions and places at your event in a fun and interactive way, increasing their enjoyment of the event.

Why it’s useful: Showing information in context increases engagement with your event.

Host a Virtual Event
If traveling isn’t an option for people who would still like to attend your event, a virtual experience may be the answer. Samsung, for instance, holds its Unpacked events in virtual reality. Viewers virtually sit in the theater and look onto a stage as if they are actually there. VR apps such as Microsoft’s Altspace, a commonly used tool for social VR, lets you create your own events. 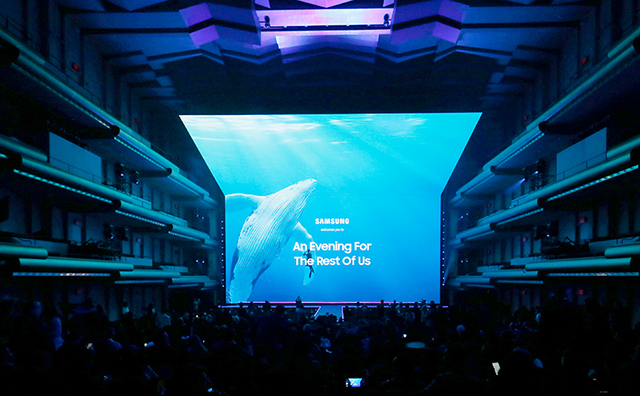 Why it’s useful: More people than what otherwise might be possible, due to distance or timing, can attend your event.

How to Navigate the Interactive Floor Plans

Definition of an Interactive Facility Map

What is a Clickable Floor Plan