Why Use 360 Photos to Promote Your Event Venue

Because being physically present is important to selling or experiencing the space, 360 degree photos have become more common on websites promoting hotel rooms and real estate. With a 360 degree photo, the viewer can pan up, down, right and left to view an entire room, from the ceiling, to the sides and the floor, as if they're actually in the space.

But is it right for your event venue? While many event venues feature flat photos on their sites as a standard practice, 360 photography can potentially be a powerful tool to promote your event venue.

1. Immerses Event Planners in Your Space

Placing a person in the center, or in any location with your space, 360 photos allow a simulated experience as if they are really there. Event planners choose particular venues for practical concerns, such as the capacity and amenities. But they also opt for certain venues because of the emotional aspects that the space can bring to an event. 360 photos give planners a feel for being in your space, with all of the magic that might entail.

With flat photos, it’s difficult to determine where in the venue the photo was taken, how big a room is, or how large table, chairs and other furniture are in comparison to the space. However, 360 photos have context built into them, giving viewers a better idea of where objects in your event space are in relation to each other.  They offer information about what’s in front, behind and to the sides of a specific spot within the space.

3. Captures Everything in a Space

Have you ever had a photographer shoot your space, then you realized later that you missed something, such as a particular doorway or AV equipment? Instead of redoing the photography, taking 360 photos from the outset can ensure that you don’t miss anything pertinent to a sale because the entire space from the ceiling to the floor will be captured. 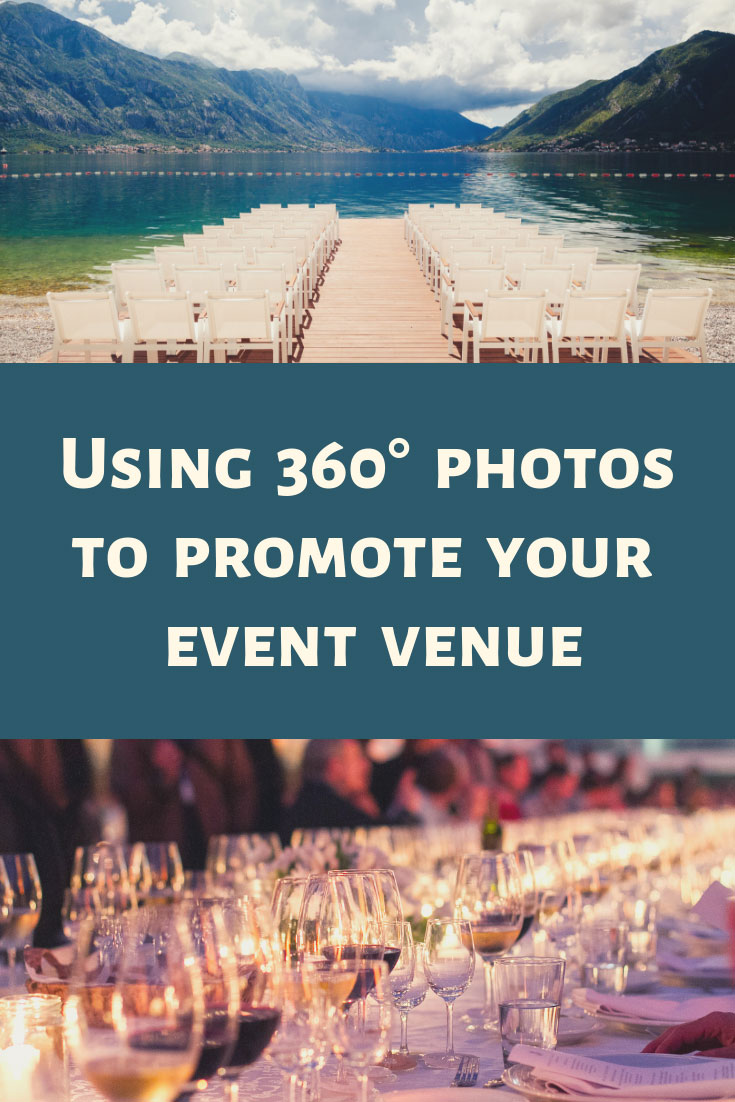 What Is a Clickable Floor Plan

How to Navigate the Interactive Floor Plans

Tips for Running an All-Volunteer Event